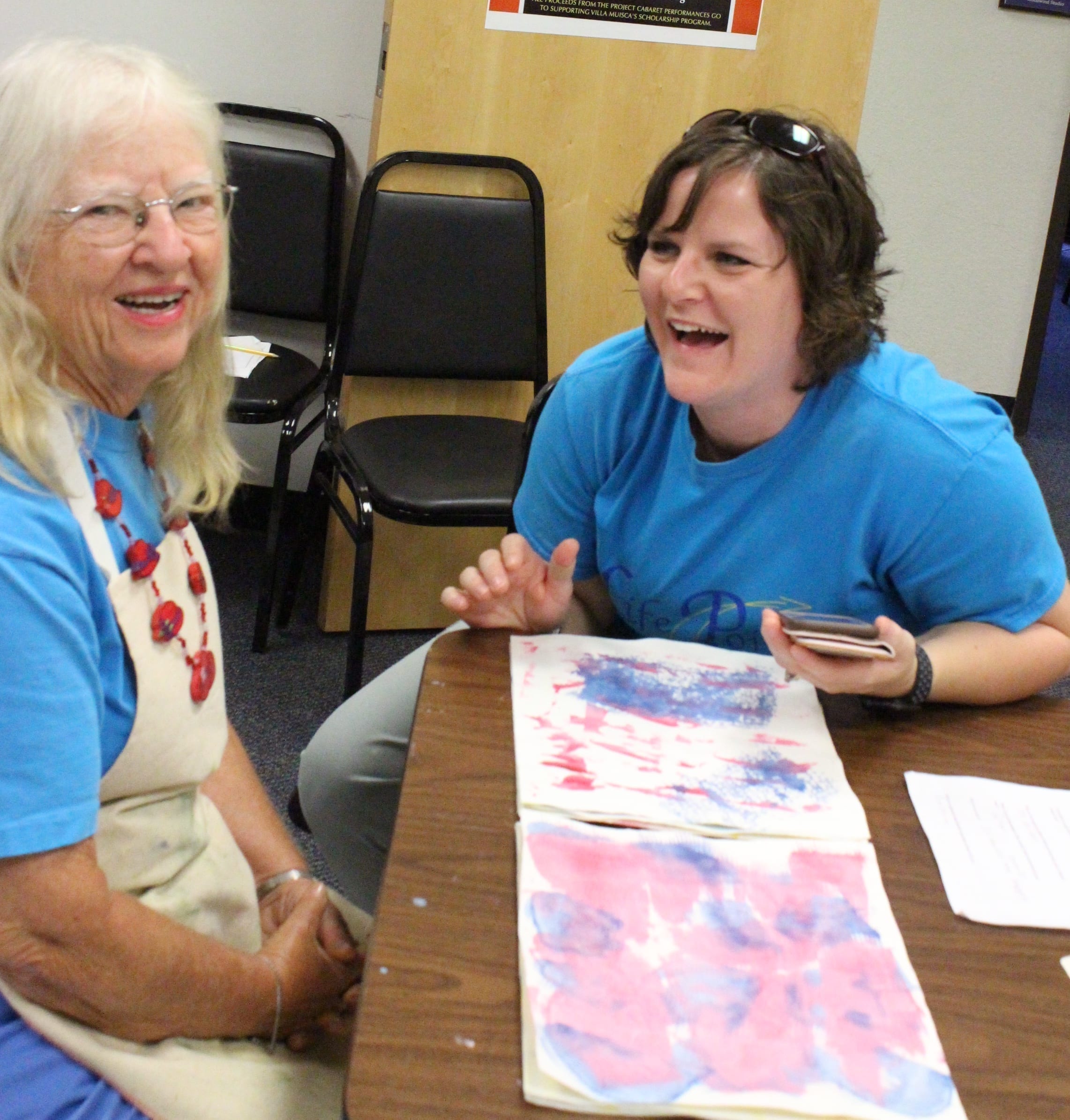 ‘Music is in our souls’: Therapy improves mood and cognition for people with Alzheimer’s

In a similar effort, the musical biography program at Villa Musica in Sorrento Valley helps people with dementia and their caregivers to not only create a song list but also make a scrapbook of memories.

Villa Musica executive and artistic director Fiona Chatwin developed the program after seeing her mother care for her father.

The couple had traveled extensively throughout their lives, but as his Parkinson’s disease-related dementia progressed, they created a new way to have adventures together. Instead of traveling abroad, they would read diaries from their trips together, which include art, pieces of cloth and other items from the countries they had visited.

In a partnership with the Shiley-Marcos Alzheimer’s Disease Research Center at UC San Diego, people in the early stages of dementia and their caregivers attend weekly sessions at Villa Musica. The pair work together to create the project, along with a team comprised of a musical therapist, social workers, expressive arts therapists and Chatwin.

Pages within the book include art, notes and photographs reflecting milestone moments in the person’s life, such as their wedding day and the birth of their children. The corresponding playlist is made up of songs reminiscent of those moments.

The next program begins May 7 and will run for five weeks, on Thursday mornings from 10 a.m. to noon.

Impacting both the lives of those enrolled in the program and her own family, Chatwin said creating musical biographies is a brief yet enjoyable reprieve from the stress of caregiving.

“The thing that really broke my mom’s heart is the fact they never do anything fun together anymore,” she said. “Making that book and creating the playlist was a fun thing that they could do together for two hours a week.”