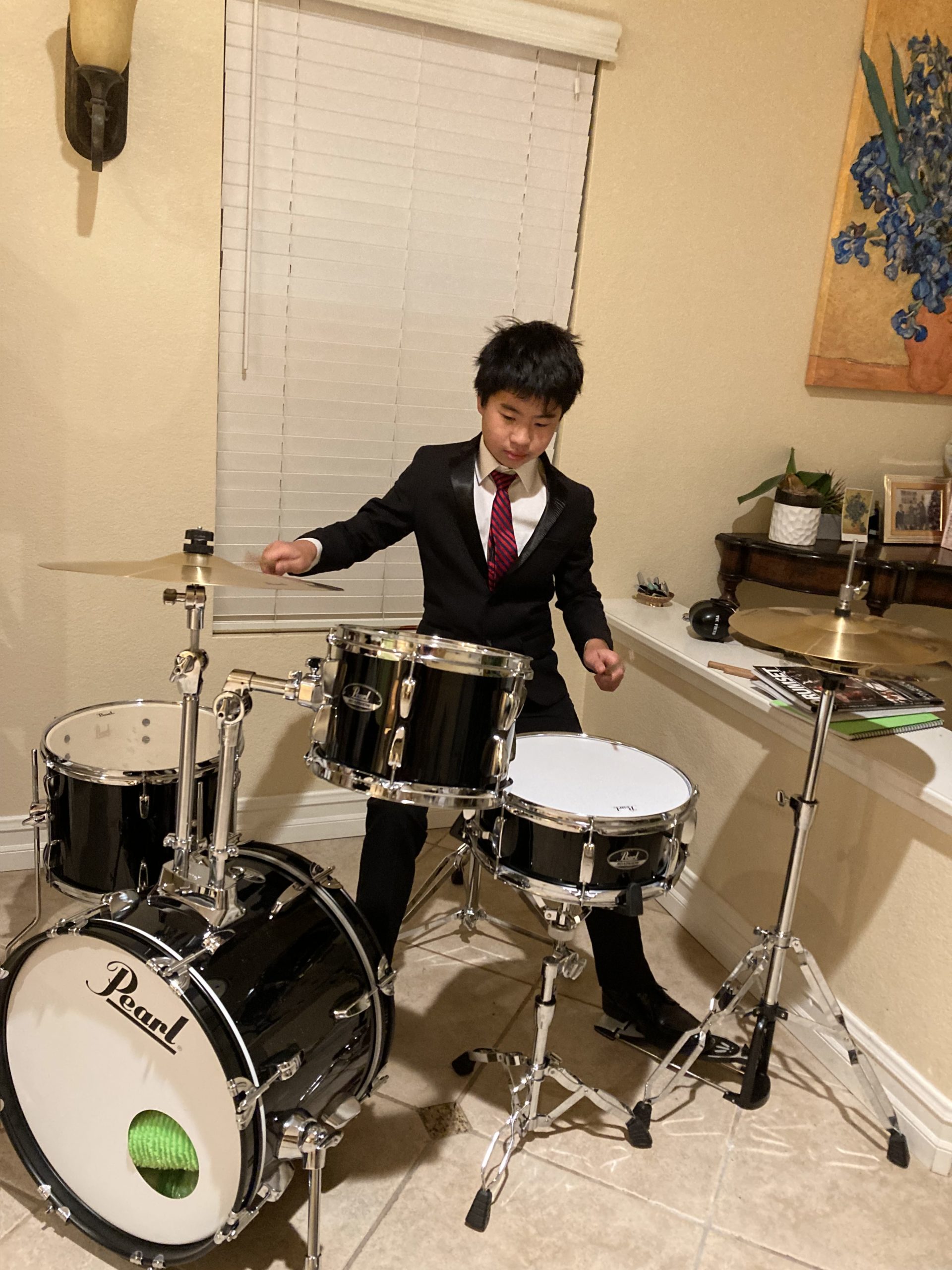 By Riley RoweDecember 10, 2022Blog
No Comments 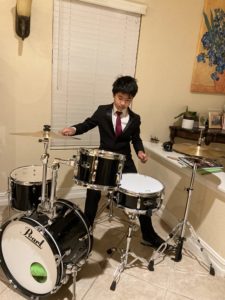 A piano student of eight years, Rien Chen joined the Villa Musica family as an already experienced musician. A year and a half later, he is Villa Musica’s November Student of the Month, recognized for his dedication to drumming under the instruction of Michael Jones.

“When I moved from piano [to drums], it was pretty easy because I already knew how to read notes,” Rien said, noting that while rhythms and beats were new skills he had to learn when he took up the drums, those differences between the instruments grew to be his favorite parts of drumming.

Outside of his instruction at Villa Musica, Rien plays the drums in the San Diego Youth Symphony. “I thought that drums weren’t prominent [in an orchestra], but they are,” Rien said. “You have to play well because there’s only four of us drummers, so it’s really obvious when we’re playing.”

Even during his freetime, Rien practices his musicality. At home, he enjoys figuring out the melodies of his favorite songs on the piano. While he said that he is not always successful, he loves the experimentation of playing by ear.

Rien said he was honored to be recognized as Student of the Month and grateful to his teacher. Looking forward, he hopes to advance in the orchestra and learn more advanced drumming rhythms. Rien is in seventh grade at Pacific Trails Middle School and outside of his musical studies, he enjoys coding and playing with his dog.