By Riley RoweDecember 2, 2022Blog
No Comments

Three young musicians recently graced Villa Musica on November 18th, with not only their scheduled musical showcase, but also an encore performance, during a recital for students ages 13 and younger. All seasoned performers, each of the three students had played previously during recitals at Villa Musica. 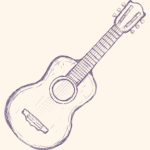 Nolan Lents, a student of Saki, opened the recital with a timely piano rendition of “Jingle Bells” (a perfect welcome to the holiday season) followed by a lively “Yankee Doodle.”

Guitar student of Dr. Jude Weirmeir, Emily Palmer, was up next. Her mellow rendition of “Petit Blues” by Marc Bélanger, a popular song which introduces a classical guitarist to the blues genre, added variety to the recital with its relaxed melody.

Bringing the recital to its initially intended end, Rozal Khandodiya, a student of Zoey Jones, performed a fun and fast version of “Rush E,” a song that — in its original form — is deemed impossible for a single human to play! With its lofty reputation, it is no doubt an intimidating piece to tackle and Rozal’s version was enjoyable and energetic.

While it seemed that the night had drawn to a close after Rozal’s performance, when piano teacher / recital host Mark Polesky, opened the stage for the three performers to showcase other projects, two hands shot up to offer another song. “There’s no substitute for experience,” Mr. Mark shared, noting that “the more you perform, the easier it can get.” 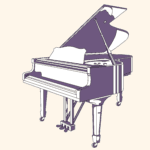 Rozal returned to the stage to perform “Almost Like a Dream.” Short and sweet, the song was echoey and melancholic, which displayed her versatility as a performer after her livelier “Rush E.” Emily also performed again, playing “Dance of the Islands,” a song that she performed previously at a Villa Musica recital on October 28th. Embodying the importance of continued practice, her decision to bring the song back showed her growth as an artist.

Mr. Mark said he was pleased with the performance, especially with the students’ eagerness to play songs other than those that they specifically prepared. “There’s nothing bad that comes from putting yourself out there,” he stated.

The next recital for students ages 13 and under will be held on December 9th, 2022.