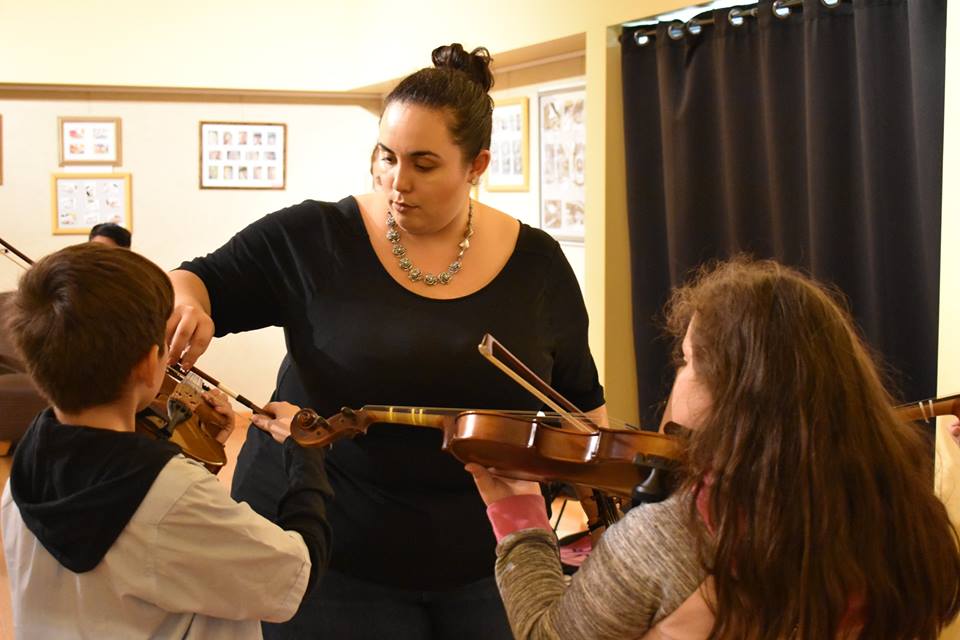 The Magic of Mariachi with Rebeca Tamez

By Fiona ChatwinMay 1, 2019Blog
No Comments

Rebeca Tamez is one of Villa Musica’s talented and accomplished teaching artists . She has been playing music at the age of four when she picked up the recorder before venturing on to a handful of different instruments before she found the violin when she was in the seventh grade. After a brief period at the symphony, her dad convinced her to try Mariachi. She tells me she was hesitant at first but now is so grateful and in love with Mariachi that she has never looked back.  Her passion for Mariachi has gone with her throughout her professional music career, where she played with the Mariachi group at the University of San Diego. Now, she is apart of the Mariachi Juvenil de San Diego and teaches Mariachi at various locations in San Diego through Villa Musica’s programs. 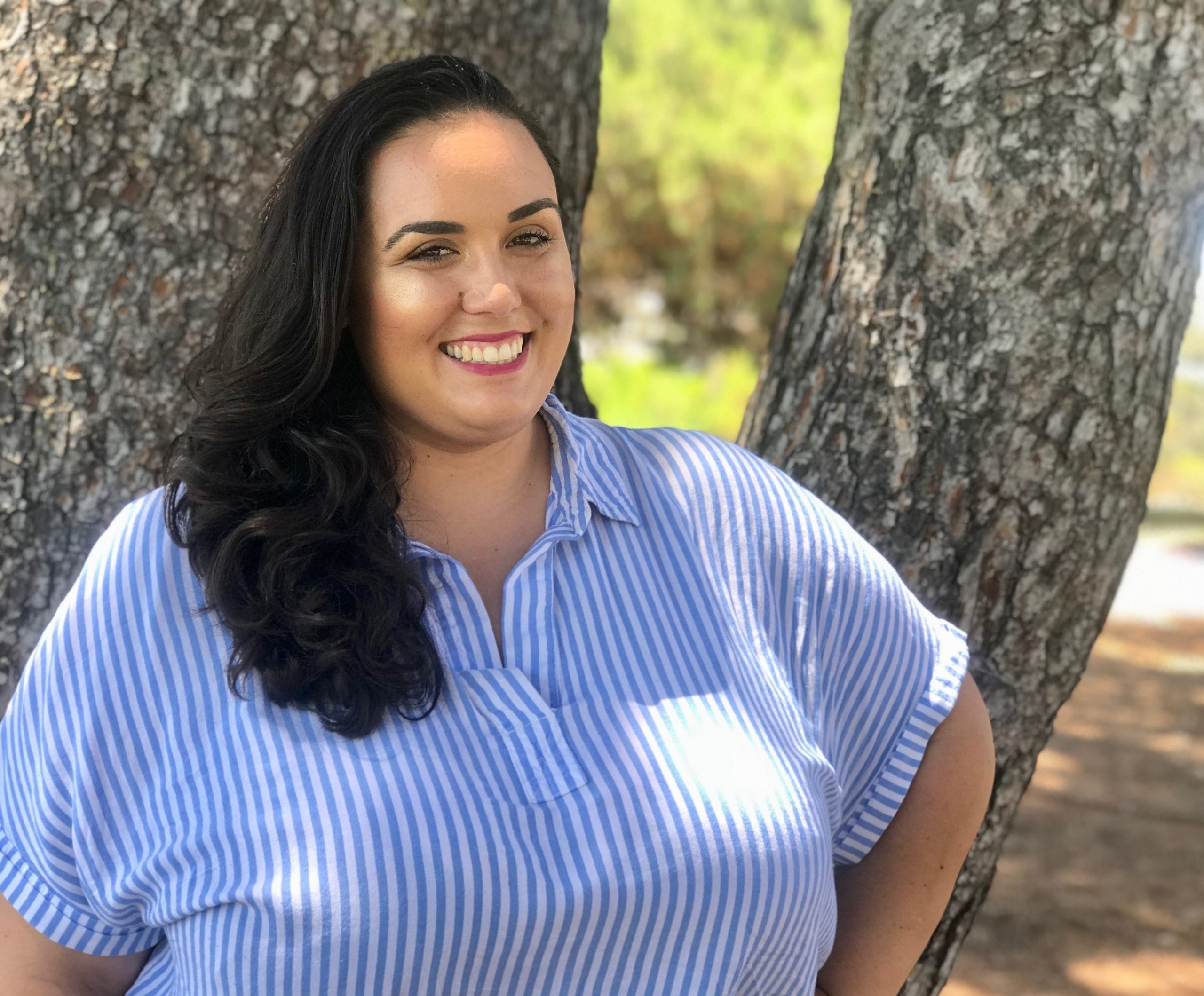 Last year, with the University of San Diego and the Mariachi Juvenil, she was able to go to Japan to perform in honor of the winner of Japan’s prestigious Kyoto Prize. She says her experience is Japan showed her, “how music is really universal… We were playing in Osaka, and we were playing Mariachi music, and people don’t really know Mariachi music [in Japan], and then there were two groups of people who came up to us and said that they studied in Mexico in the 70s and [our performance] brought back memories from the seventies. They even had Mexico shirts on!” From Japan to the United States to Mexico, Tamez once again emphasizes how Mariachi can bridge cultures and connect people who, on the surface, seem to have nothing in common. 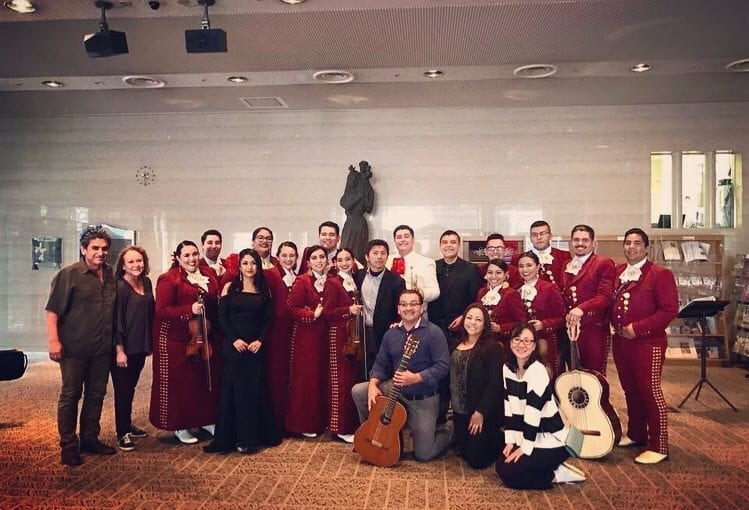 She shares her love for Mariachi with her students when she teaches them how to play the genre. Villa Musica’s first Mariachi program is one of our free classes offered at our satellite program at the Logan Heights Library. The program has become one of the most popular of those offered at the satellite and Tamez says,” we started off with two students, and this semester we were able to grow bigger and we were able to actually play a song. Which it sounds like, “Okay they played a song, so what?” But these students weren’t able to read music before, and they were only working on it for ten weeks.   On top of it, even though the song was very simple, it was their first time playing with people of a different instrument, so they had to listen to the bassline, listen to what the rhythm was doing and they had to understand how it was intertwining together.”

The progress her Mariachi students are able to make in the short 10 week program blows Tamez away every time she teaches. She says, “I really like teaching because I can see the enthusiasm that the kids have and how they’re able to progress in such a short time, because ten weeks is not a long time… to be able to see them, to go from not knowing how to even hold their instrument to learning a song in ten weeks is incredible.” 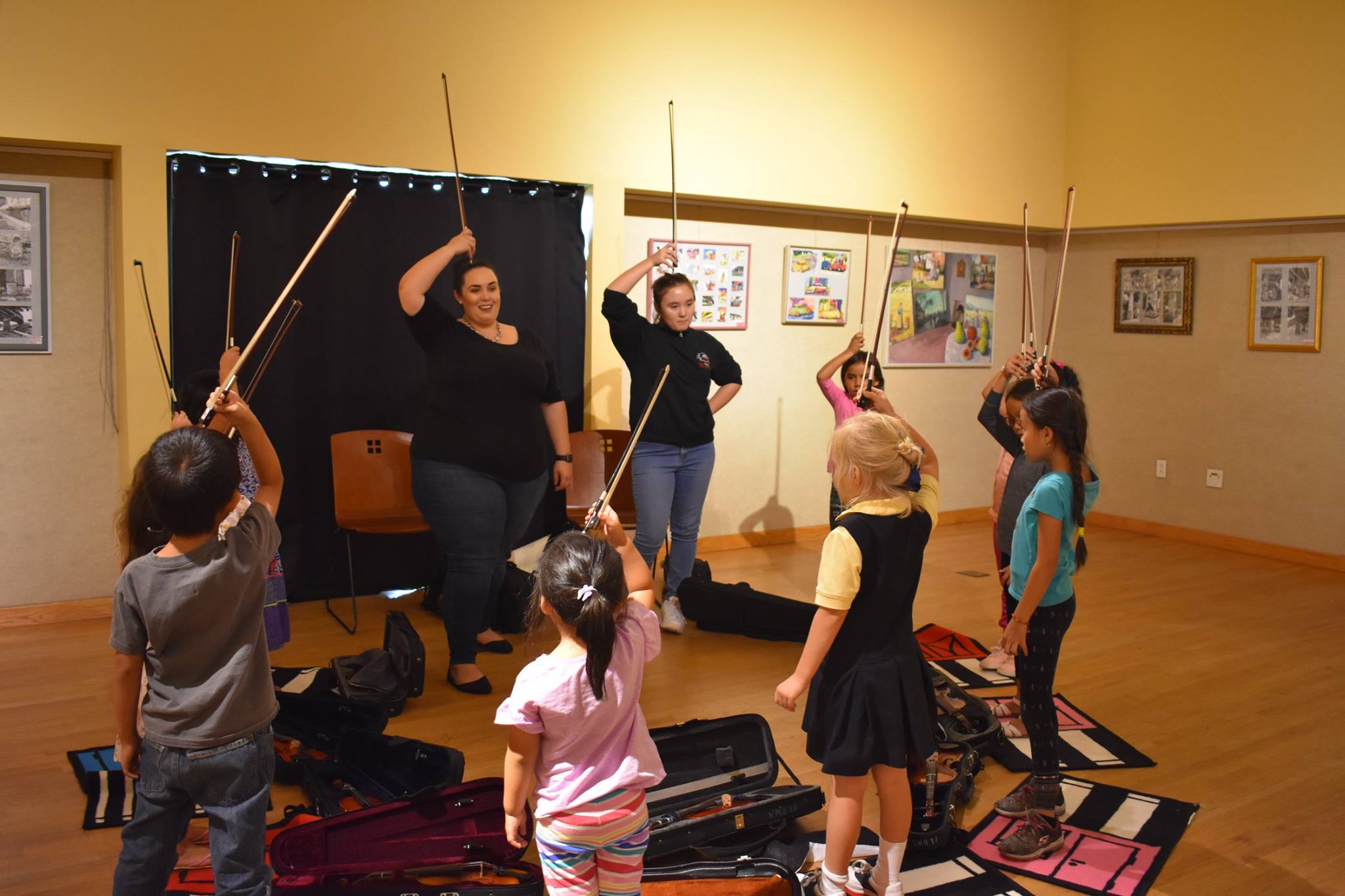 The youngest student in her Mariachi class is six years old, but she also says that the program has become “multi-generational” as many parents have also decided to join in on the joy that Mariachi brings. For Tamez, this wide range of ages in her class proves to her yet again how Mariachi and music can connect people of all ages and backgrounds.

Villa Musica is excited to get more involved with Mariachi, and to have Tamez leading these efforts! She is excited to bring Mariachi to Villa Musica students for many reasons, but she highlights something important about the history of Mariachi– and how it can help us all become better musicians. She tells me, “Mariachi has only been written down for maybe 50 years, and it’s recently being written down but a lot of the music is not played the way that it is written. So instead of just reading the notes, you have to know how to give it style, how to feel the music.” She emphasizes that Mariachi is more than just being a technically good musician, but rather that it is about connecting with the emotions of the music and your fellow ensemble members.

Mariachi is growing and changing all the time, and we are proud to bring the sounds of Mariachi to Villa Musica. Mariachi is a great way to try new things musically and learn new ensemble and improvisational skills. Also, because Mariachi is about more than the notes on the page, we hope that by trying Mariachi that you can learn something new about yourself, about music, and/or about the world! Try one of our classes at the Logan Heights Library, sign your child up for our Mariachi summer camp, or attend one of the Mariachi Juvenil’s performances to learn more about the magic of Mariachi.

For more about Rebeca Tamez see her faculty page on our Website: https://villamusica.org/product/rebeca-tamez/